The Outlaws of Residential Electrical Systems

To prevent an electrical fire in your home if a circuit is accidentally overloaded or an electrical short in the system is created.

How Does This Happen?

In any of these instances, the circuit breaker is supposed to trip off and protect your home’s electrical system!

As stated above, when these flawed circuit breakers don’t trip themselves properly, it can quickly result in a fire within your home.  For the first example of an overloaded circuit, the electrical wiring within the walls and ceilings of your home heat up. If the circuit remains on, then the electrical wiring can become red hot and literally melt when the circuit breaker doesn’t trip.  In the instance of an electrical short and the circuit not turning off, an arc is created at the location of the short (similar to the heat created by an “Arc Welder” that joins or welds pieces of metal together) .

Why is this Residential Electrical Problem Like an Arc Welder?

An Arc Welder works specifically because it creates “controlled electrical shorts” that melt and join different pieces of metal together.  The bright flashing of light you see on construction sites when someone is welding, is the same thing that can happen within the walls and ceilings of your home.  Obviously, either one of these could quickly turn into catastrophic results. A study by engineer Jesse Aronstein, BME, MSME, PhD of nearly 1,500 Federal Pacific breakers found that about one out of four failed to trip when overloaded. Dr. Aronstein’s study and other professionals’ opinions are included in an article named “Is My Panel Safe” backed up with facts and incidents related to this issue. These documented incidents would only include some of the cases and not situations where an electrician may have just repaired/replaced the faulty materials and never felt the to report the problem.

These brands of circuit breakers were commonly installed up until the early 1980’s.  If your home was built before or around that time, you may want to have your electrical panel inspected by an experienced, licensed electrician.  These panels and circuit breakers aren’t always labeled clearly and it takes someone with experience to confirm the brand of product you have.

The best way to remedy this issue if these circuit breakers are found in your home is to replace the electrical panel in its entirety.  When the entire electrical service panel is replaced, all the circuit breakers should also replaced.  Replacing an entire panel is costly however, it makes for a better night’s sleep once you know it has been taken care of.

Only Licensed Electricians Should Do Work in Your Home

The only thing worse than bad panels or breakers in residential electrical systems is having an unqualified person doing electrical work in your home. This often happens with home remodeling projects and the results can be disasterous. Homeowners should insist that any remodeling that involves electrical work (which is almost always the case), must be performed only by a state-licensed electrician.

Our seasoned professionals have the experience to deal with complex projects. Do some “Dreaming” of your own as you stroll through our Photo Gallery for concepts and ideas.

DFW Improved is the right contractor for all your remodeling projects, your interior or exterior painting projects, kitchen remodeling, outdoor living or addition project…and we will only use a state-licensed residential electrical contractor to work on your project. 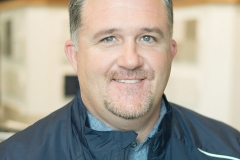